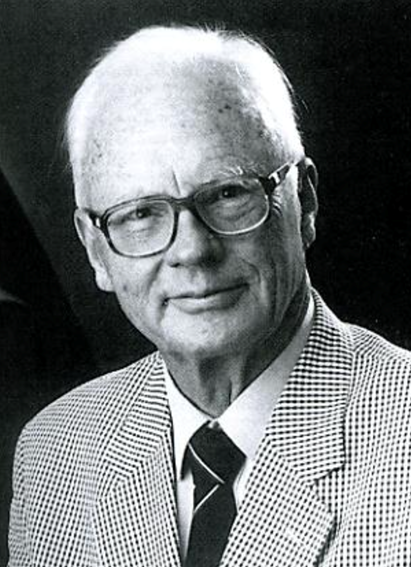 Schiebler was born in Berlin on February 3, 1923, and graduated from high school there in 1940. As a soldier in the Wehrmacht, he was wounded in World War II and was able to study medicine at the Julius Maximilians University in Würzburg in 1942, where he passed his medical examination in 1944. He then had to return to the war and was taken prisoner at the end of the war. After a short period of captivity, he was able to continue his medical studies from the winter term of 1945 at the Georg August University of Göttingen, which he successfully completed in 1948. Schiebler became an assistant in the Göttingen Anatomy Department and received his doctorate here in 1949 with a topic on the hypothalamic nuclei. In 1949 he became a research associate at the Institute of Anatomy at Christian Albrechts University (CAU). In 1950 he received a Rockefeller Fellowship at the Karolinska Institute where he did research until 1951, after which he returned to CAU. Here Schiebler habilitated in 1955 on the atrioventricular system of hoofed animals and rodents, and was appointed first as an associate professor in 1962 and shortly thereafter as an associate professor. In 1963 he followed the call to the Julius Maximilians University as associate professor. In 1966 he was appointed full professor of anatomy in Würzburg. From 1970 to 1972 he was Dean of the Medical Faculty of JMU. In 1990 his retirement took place.

Schiebler was editor of the macroscopy textbook for anatomy named after him ("Schiebler"), which he supervised over 10 editions. He also translated and supplemented Luiz Carlos Uchoa Junqueira's histology textbook ("Junqueira"), which was popular at the time. Schieber was a member of the Leopoldina, an honorary doctor of the University of Nancy, and an honorary member of our Anatomische Gesellschaft.

Schiebler was twice a member of the Board of Directors of the Anatomical Society. Once from 1970-1973 still under the secretary Watzka and from 1986-1989 under the secretary Wolfgang Kühnel. In this function he was also twice chairman of the society and guided the annual meetings at the 69th meeting of the AG in Kiel in 1974 and at the 84th meeting of the AG in Ulm in 1989 shortly before the fall of the Berlin Wall. A few years later he became an honorary member of our Anatomical Society. In addition, Professor Schielber was Secretary General of the International Federation of the Histochemical Society for twelve years and in this context founded the journal Histochemistry in 1958, of which Schiebler remained Editor-in-Chief until his retirement in 1990. In particular, he promoted the international development and application of histochemical as well as electron microscopic techniques to modern anatomy. Schiebler published about 150 scientific papers.

The Anatomical Society will honour the memory of Theodor Heinrich Schiebler.